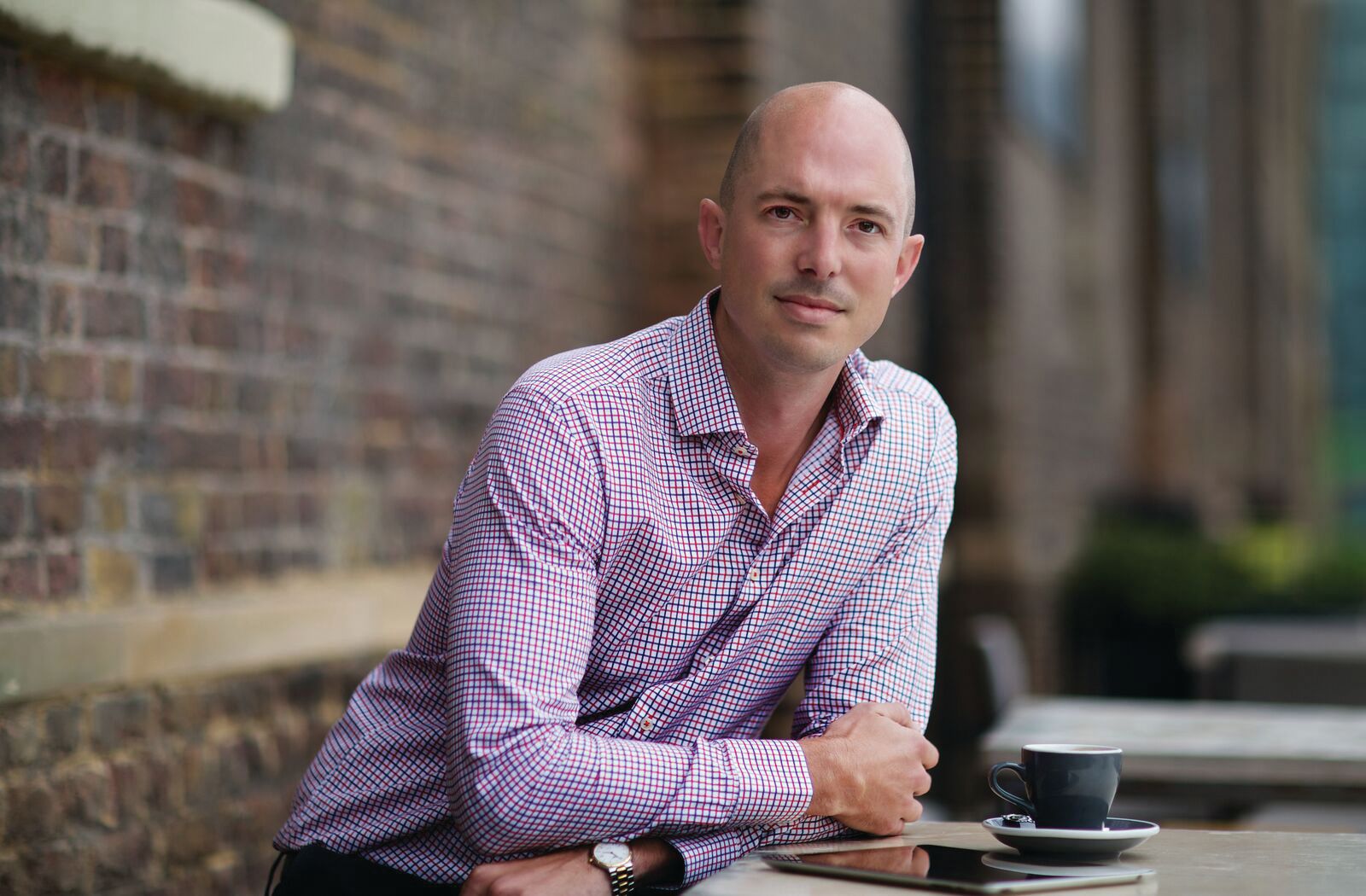 Knowing which idea to focus on to bring to market in the UK is your first main decision when applying for your visa to Startup Giants. Mike Piddock is the Founder and CEO of Glisser, an award-winning tech platform powering unique company event experiences.

Prior to this, Mike was a highly successful Chief Marketing Officer working in the telecoms and financial services industries and also spent time working with entrepreneurs at Octopus Investments, after spotting a gaping hole within the events industry he’s taken every contact and vital piece of learning that he has, to disrupt his marketplace. He shares his startup story with Startup Giants …

Where did the concept for Glisser come from?
I think it’s an interesting one because I think you’re working in marketing, you’re solving a bunch of problems all the time, and my experience over that relatively short career was that marketing was becoming less about branding and positioning and more about Data and Analytics. Google burst onto the scene and everyone wanted to measure everything they did and that was happening across everything I was doing within the marketing suite. When I found that the thing that I was spending the most money on was events, conferences, hospitality, I also realised that they were the things that were being tracked the least. So actually it was kind of the process of learning on the job, and understanding the direction that my job was going and sort of made me say hey I need more tools for measuring my events. That was what sparked the initial idea.

How did you know to focus on this one idea out of all of the others you were having?
I probably have an idea every week for some app I wanted to invent or something like that. And then somebody builds them, way better than you ever could. And then I think at some point you decide to take the plunge. For me, the big factor in my decision making process and the final company that I worked for venture capital investor Octopus Investments. I could see that they were investing in companies like Secret Escapes and Zoopla. I saw these incredible entrepreneurs enter the building with these great ideas and it just got me really excited to see what they were doing. It also really honed my ability to comprehend and learn to find gaps in the marketplace.

What emotion did these entrepreneurs have when they would come in?
They had an absolute desire and focus to fill the gap they’d found. It was almost an electric energy – they wanted to fill the gap, do it well with a company of value and do it before anyone else.

What would your advice be to our Startup Giants entrepreneurs?
Solving a problem that you already have within an industry you know inside out is a good place to start because you’re making an assumption that other people have that same challenge as you. I think if I was to go back, I’d probably do a lot more market research before diving straight into it because I think we’ve learned that the challenges aren’t exactly the same, or the things other people want to solve differ slightly. Ask your audience exactly what they want before you write a single line of code.

What was your first year of business like?
It was a combination of a rapid learning experience and also learning how to deal with rejection quite heavily. With my experience a few people were happy to have a meeting with me, just to see what I was doing but that didn’t mean I got rejected for finance any less. In fact, I probably got rejected more. So that first year I learned how to deal with rejection and keep smiling but also how to craft that pitch a bit better, and hit home with some other points that I now know they wanted to hear.

So your wife believed in Glisser enough to support and cover all the bills at home too, how long did you give yourself to see if it would be a success?
When I left Octopus, with the CEO’s blessing to go and do Glisser, I told him: ‘Well, if it doesn’t work out in a year, then I’ll knock on your door and come back.’ And he said, ‘I think you need to give it at least two years.’ So there were two initial timelines, two years … and until I ran out of money, because I’m financing myself. And now kind of seven years in, I still don’t feel like we’re even close to where we should be or can be. So my timelines just got stretched and I think a big learning was, however long you think something is going to take, double it and double it again and that’s probably a fair prediction of where you’re going to be.

Has starting small and working across every job role within the company helped you further on down the line?
Yes, although I don’t think I ever stopped biting my nails when we’re running live events. The fortunate thing is we’re now running them almost constantly so I can’t get quite so stressed about each one. Managing everyone’s stress levels in that moment of truth when the event goes live is fundamental. And because I’ve worked across all of the aspects I can trouble shoot with the team.

A final word to someone who’s on the edge of their entrepreneurial seat about to leap?
If you’ve always had ideas and you can back them up with considerable experience and understanding of your marketplace, there will come a point in your life when the calling becomes so strong you can’t ignore it. Research your concept, refine it and go for it. And take all of the advice and help you can get. It does not take one person to make a business work, it takes a team.